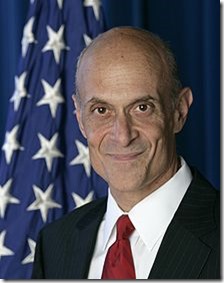 Since leaving government service, Chertoff has worked as senior of counsel at the Washington, D.C., law firm of Covington & Burling.[1] He also co-founded the Chertoff Group, a risk-management and security consulting company, which employs several senior officials not only from his time as Secretary of Homeland Security (like Hon. Paul A. Schneider, former deputy secretary of DHS), but also from the time of the Obama administration (like Mark Weatherford, former deputy under-secretary of DHS), as well asMichael Hayden, a former director of the National Security Agency and the Central Intelligence Agency.[2] 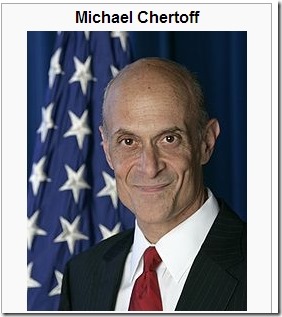 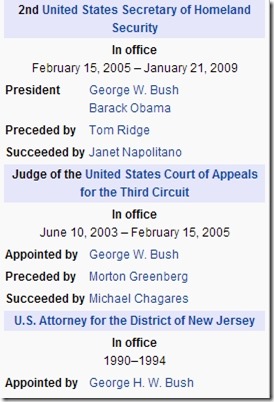 Chertoff went to the Jewish Educational Center in Elizabeth as well as the Pingry School.

WASHINGTON — In the minutes after the Sept. 11 terrorist attacks, while Attorney General John Ashcroft was rushing back from Milwaukee, Michael Chertoff was calling the shots.

Chertoff, then chief of the Justice Department’s criminal division, breached the prickly territorial lines that have long divided the Justice Department from the FBI. From a fifth-floor office at FBI headquarters, above the streams of panicked people who flooded Pennsylvania Avenue, he set up shop in the bureau’s crisis center. For the next 20 hours, he directed the government’s initial response to the most lethal terrorist attack in U.S. history.

Chertoff would spend the next two years serving as a central figure in formulating U.S. anti-terrorism policy — from the effort to secretly detain hundreds of Middle Easterners in the USA, to increasing the FBI’s authority to conduct domestic surveillance at religious gatherings and other public events.

As President Bush’s nominee to direct the Department of Homeland Security, Chertoff carries a reputation as an aggressive career prosecutor. That’s a comfort to his legions of supporters. It’s also the focus of suspicion among critics, including the American Civil Liberties Union, who say Ashcroft’s Justice Department sacrificed liberties in the name of security.
The 51-year-old son of a rabbi also represents a departure from the Bush administration’s vision of a Homeland Security chief as the nation’s public face in the war on terror.

Outgoing Secretary Tom Ridge came in as a polished politician. Bush’s first, failed pick to replace him, Bernard Kerik, was a high-profile former police commissioner in New York City. By contrast, Chertoff is a backstage operator with little regard for political niceties.

“This is a strong leader, tough as nails, and he does not suffer fools very well,” said Viet Dinh, who served with Chertoff as an assistant attorney general for the Office of Legal Policy. “That said, I’ve never seen him lose his temper. Not once.”

Counting his current post as a federal appeals court judge in New Jersey, Chertoff has been confirmed by the Senate three times, including as a federal prosecutor and as assistant attorney general in the Ashcroft Justice Department. Each time, he has met little resistance.

During the most recent confirmation hearing in 2003, Sen. Patrick Leahy, D-Vt., unearthed the text of a 1992 New Jersey Law Journal article in which Chertoff wrote, “My experience has led me to respect most people, but I also know there’s a minority of people who do not deserve respect because they will not conform to the natural order of things, and I want to lock them up.”

Civil rights advocates say Chertoff’s record raises serious questions about his fitness for the job. Gregory Nojeim, associate director of the ACLU’s Washington legislative office, said Chertoff’s tenure at Justice is the most troubling. Chertoff was one of the architects of the USA Patriot Act, which provided law enforcement broader surveillance authority.

“Michael Chertoff’s record suggests that he sees the Bill of Rights as an obstacle to national security,” Nojeim said. The nomination “should spur a search of his entire record on civil liberties.”

At the Justice Department, Chertoff oversaw the work of about 800 lawyers and staffers. If he is confirmed, he will take over a 183,000-employee department that former Homeland Security inspector general Clark Kent Ervin described recently as “a huge, dysfunctional bureaucracy.”

In a series of scathing reports, Ervin outlined how the department wasted millions of dollars through shoddy accounting practices, spent lavishly on parties and employee bonuses, performed poorly on key security tests at airport checkpoints and didn’t push hard enough for the combining of federal terrorist watch lists.

The department also is undergoing an exodus of top managers. Ridge’s deputy, Adm. James Loy, is leaving on March 1. Border and transportation chief Asa Hutchinson, who is responsible for 110,000 of the department’s employees, may resign to run for elected office in Arkansas. The directors of information analysis, cybersecurity and communications also are leaving.

Ridge, a former Pennsylvania governor and congressman, won praise for establishing good relations with governors, mayors, police chiefs, CEOs and members of Congress. Homeland security experts say Chertoff will have to work to establish many of those ties.

Richard Falkenrath, a former deputy homeland security adviser at the White House, said the job would require many skills that Chertoff has not had to use previously.

In times of crisis, he will be called on to provide a reassuring face and display some political skill to manage relations on Capitol Hill and in statehouses across the nation.

In his stint as chief Republican counsel for the Senate panel that investigated the land deal known as Whitewater during the Clinton administration, Chertoff was criticized as a political partisan.
But his record also includes an extensive fight against racial profiling as a special counsel to the state Senate Judiciary Committee in New Jersey.
During his term at Justice, he was the chief legal strategist in decisions to prosecute accused al-Qaeda conspirator Zacarias Moussaoui and American Taliban fighter John Walker Lindh. Moussaoui’s prosecution is pending; Lindh pleaded guilty in 2002 to aiding the Taliban and was sentenced to 20 years in prison.

THE PENTAGON ATTACK PAPERS
Seven Hours in September: The Clock that Broke the Lie
By Barbara Honegger

Barbara Honegger, M.S. is Senior Military Affairs Journalist at the Naval Postgraduate School (1995−present), the Navy’s advanced science, technology and national security affairs university. This research, as all of Honegger’s research and publications on September 11, are solely in her capacity as a concerned private citizen and do not imply official endorsement. Honegger served as Special Assistant to the Assistant to the President and White House Policy Analyst (1981−83); was the pioneering Irangate author and whistleblower on the October Surprise (October
Surprise, Tudor, 1989; and Iran−Contra expose documentary film “Cover−Up”); and was called as a researcher/witness at both the October 23, 2004, and August 27, 2005, Los Angeles Citizens 9/11 Grand Jury hearings held at Patriotic Hall in Los Angeles, Calif. Much of the information and analysis contained in this evidence summary was
presented at the L.A. Citizens Grand Jury hearings and at the 9/11 Emergency Truth Convergence conference held at American University in Washington, D.C. in July, 2005.

Lawrence B. “Larry” Wilkerson (born 15 June 1945) is a retired United States Army Colonel and former chief of staff to United States Secretary of State Colin Powell. Wilkerson has criticized many aspects of the Iraq War, including his own preparation of Powell’s presentation to the UN. He appears as a frequent Republican commentator on The Ed Show with Ed Schultz on MSNBC commenting about the problems with Republican Party. 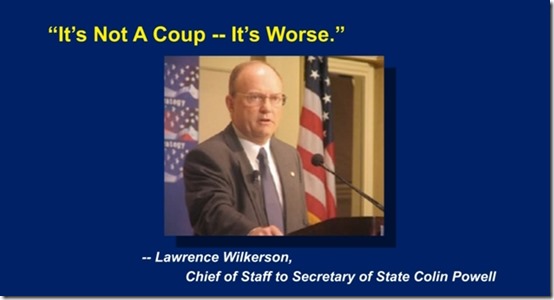 This country was taken over by a group of people with a policy coup, Wolfowitz and Cheney and Rumsfeld and you could name a half dozen other collaborators from the Project for a New American Century. They wanted at us to destabilize the Middle East, turn it upside down, make it under our control. 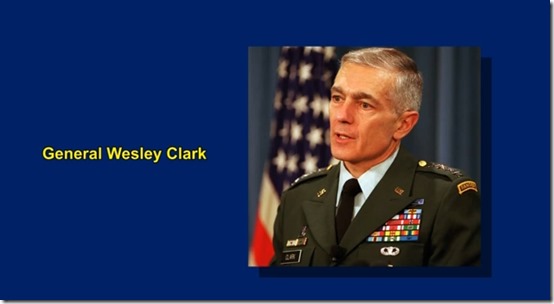 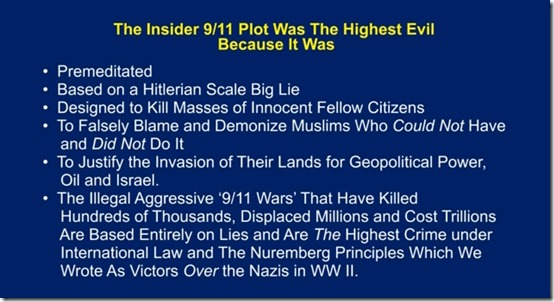 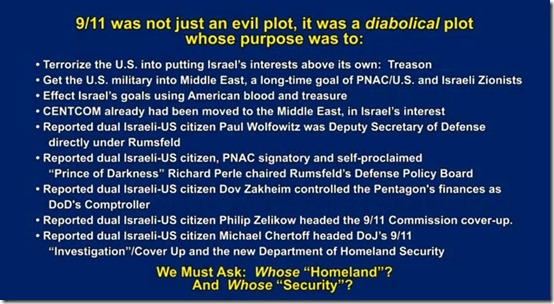 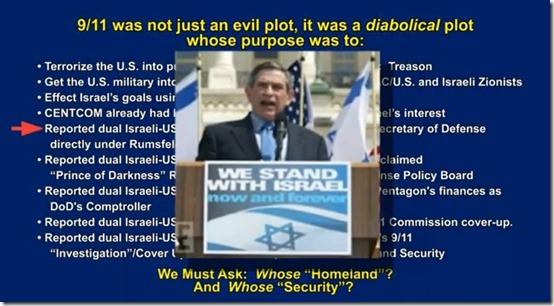 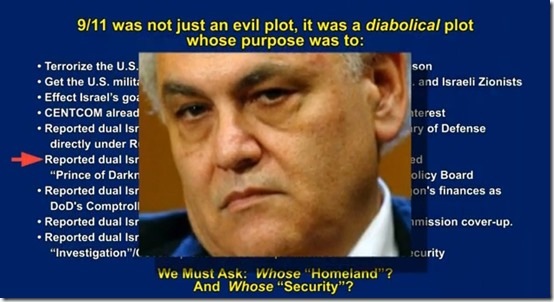 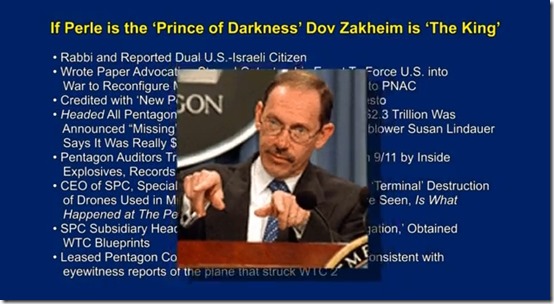 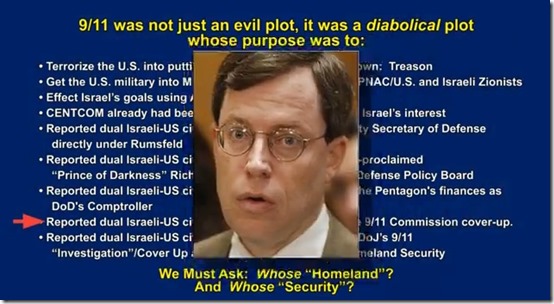 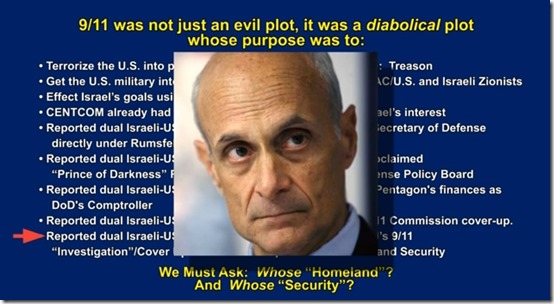 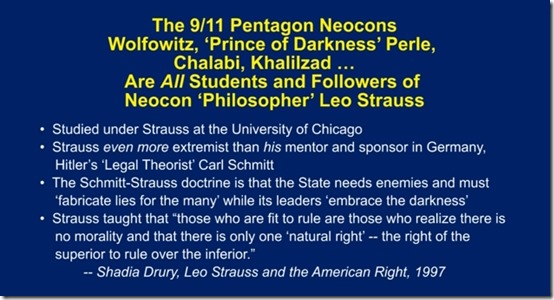 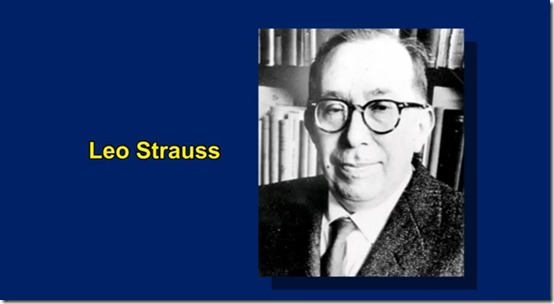 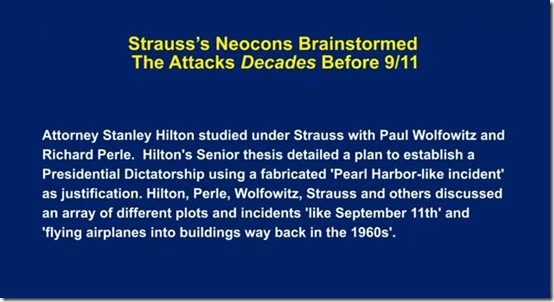 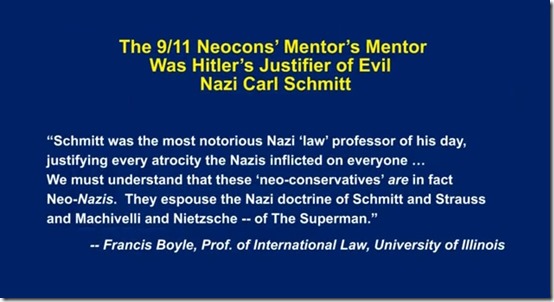 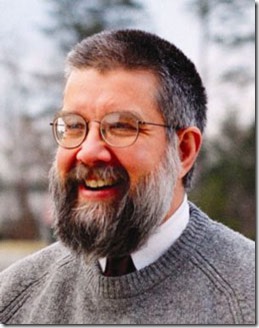 In his 22-year career, he served as the Chief of the Bin Laden Issue Station (aka “Alec Station”), from 1996 to 1999, the Osama bin Laden tracking unit at the Counterterrorist Center. He then worked again as Special Advisor to the Chief of the bin Laden unit from September 2001 to November 2004. 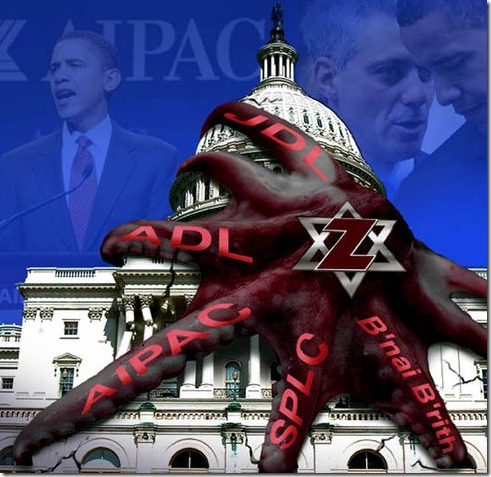 Samantha Ravich was named to the board, which helps shape intelligence policy, on Tuesday.

Ravich, a former deputy national security adviser to vice president Dick Cheney, is a senior adviser to the Foundation for Defense of Democracies, an influential hawkish pro-Israel think tank. She is also a senior adviser to the Chertoff Group, founded by Michael Chertoff, a homeland security secretary in the George W. Bush administration, and has worked with the Washington Institute for Near East Policy. One of her specialties is combating extremists.

She has also worked with the pro-Israel community helping to raise money for Israel Bonds.

Ravich does not require confirmation.

Angela Merkel – the face of a psychopath
http://www.thetruthseeker.co.uk/?p=146070