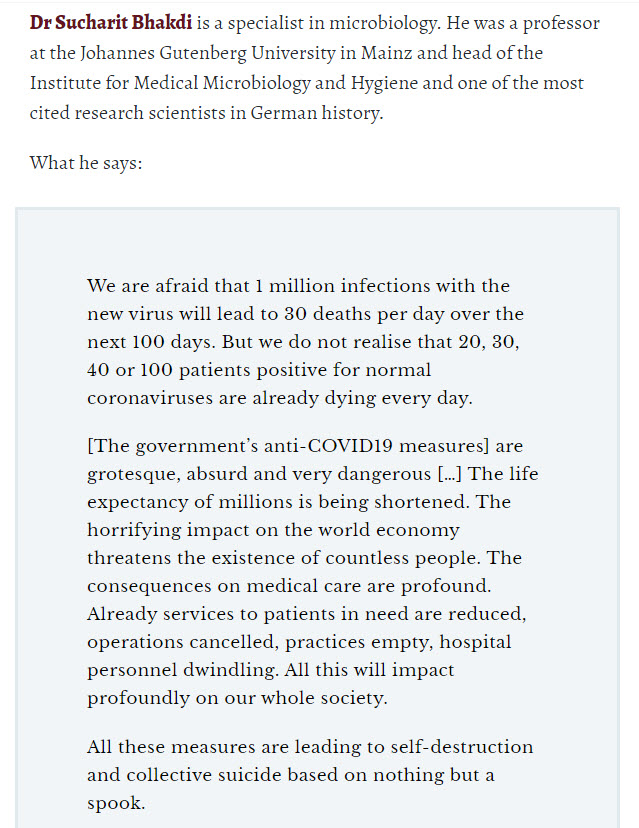 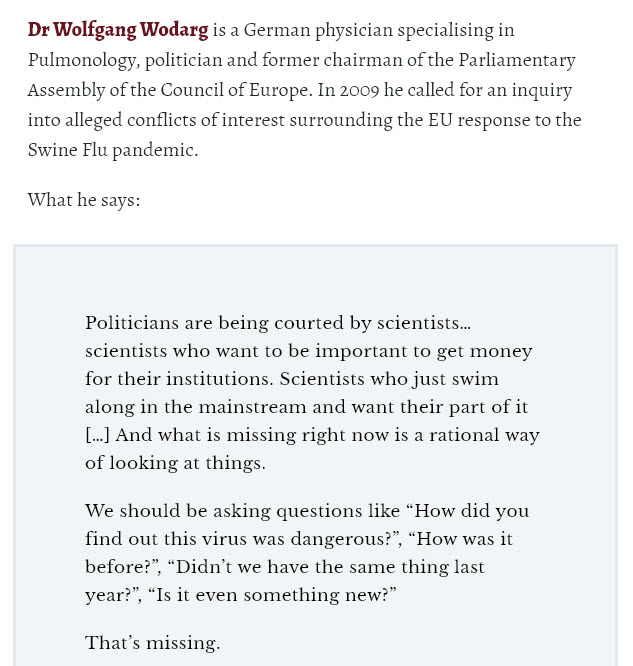 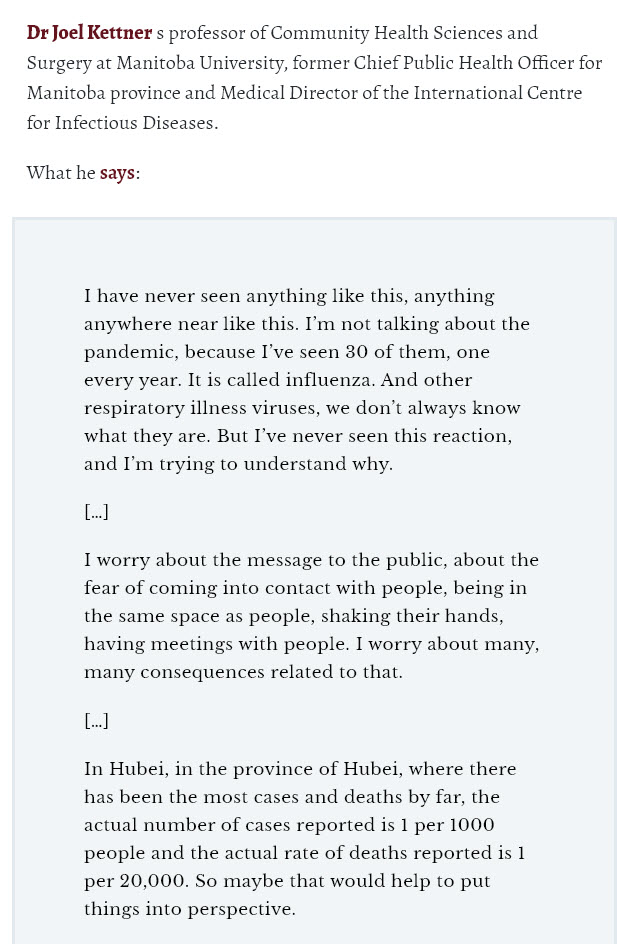 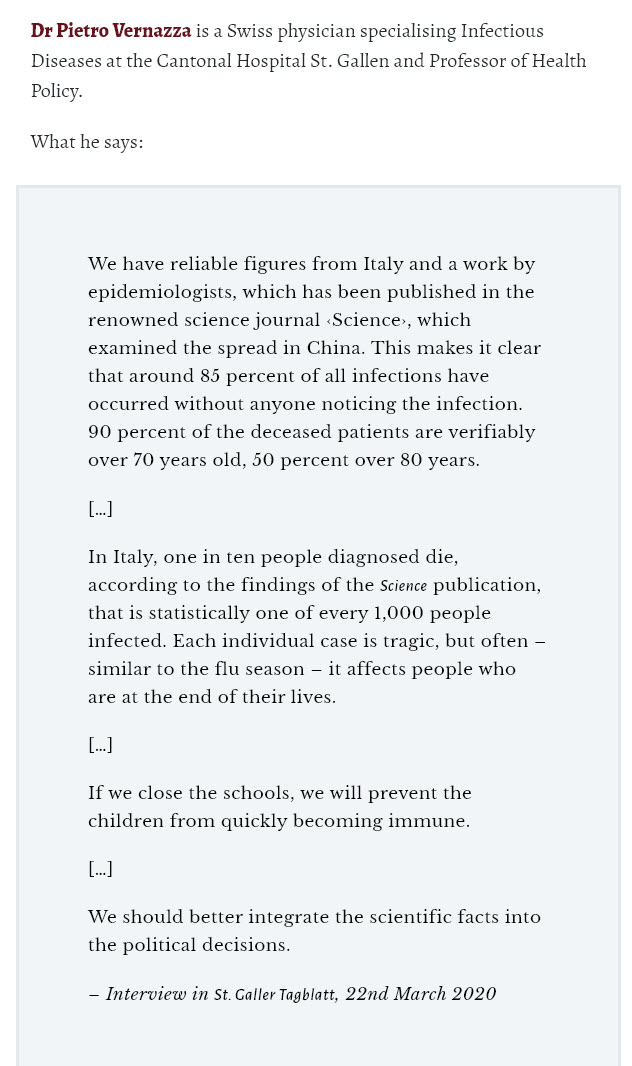 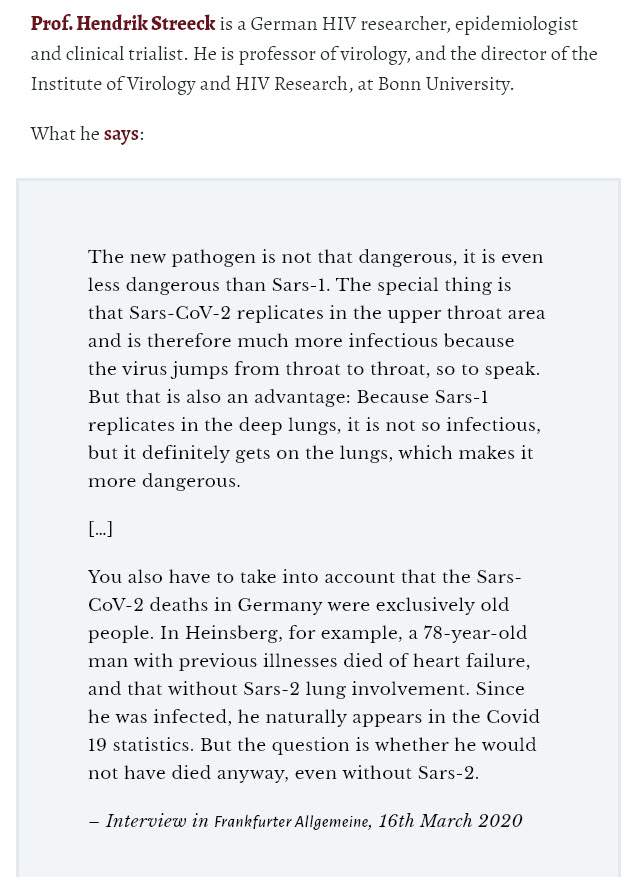 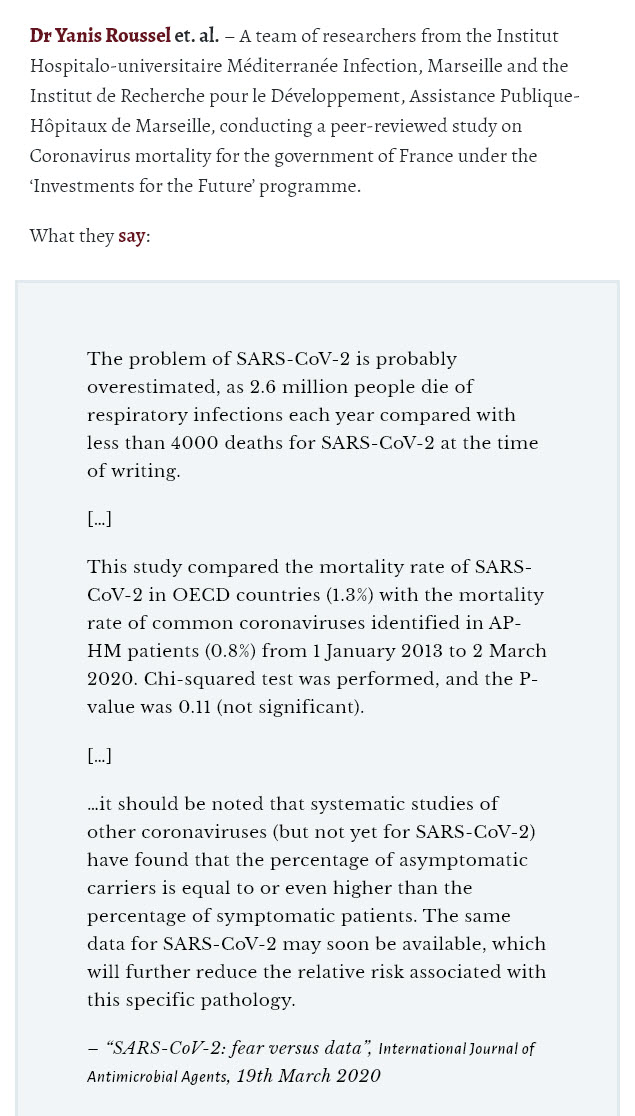 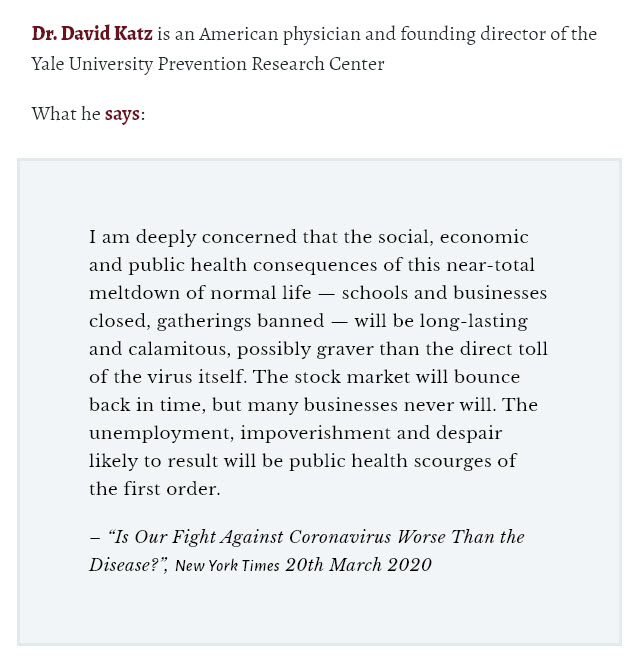 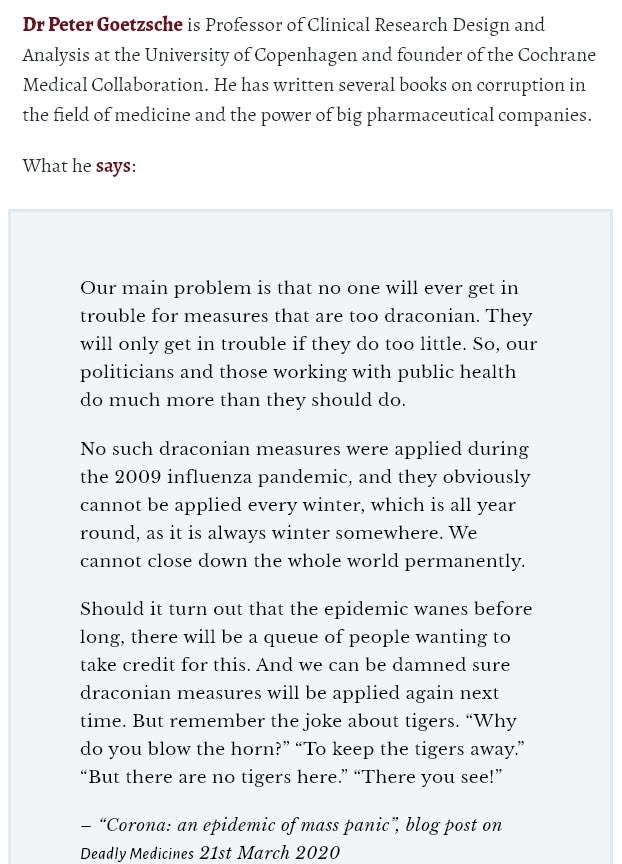 “The illusion of freedom will continue as long as it’s profitable to continue the illusion. At the point where the illusion becomes too expensive to maintain, they will just take down the scenery, they will pull back the curtains, they will move the tables and chairs out of the way and you will see the brick wall at the back of the theater.”
― Frank Zappa

Many of the world’s elite, including hedge fund managers, sports stars and tech executives (Bill Gates is rumored to have bunkers at all his properties) have chosen to design their own secret shelters to house their families and staff.

EXCLUSIVE: Billionaire pharma couple found ‘murdered’ on the railings round their indoor swimming pool discussed giving their fortune AWAY by backing Bill Gates’ ‘giving pledge’ days before their deaths https://www.dailymail.co.uk/news/article-7802401/Billionaire-couple-murdered-discussed-pledging-fortune-philanthropy-foundation.html

A Teva spokeswoman in Israel had no immediate comment when asked about any takeover plans or the status of its legal case against Apotex. https://www.reuters.com/article/us-canada-death-apotex-future/succession-doubts-cloud-apotex-future-after-billionaire-owners-death-idUSKBN1EF2YF

U.S. mulls treatment of Jewish dr. who claims to have cured coronavirus https://www.ynetnews.com/article/HyAoSnePI

“We took actors and simulated things that could happen, and had our staff deal with the actors and learn from it,” Weiser said. “For example, we had a protective clothing and found it was too easily torn when an actor became violent.”

«He said that trying to isolate psychiatric patients with coronavirus in the hospital’s regular wards could prove disastrous, as many fail to follow social distancing rules. “Our wards are crowded and people have psychosis, mania, impaired judgement,” said Weiser.»

“Readers may wonder how it can be continually claimed that this or that virus
exists and has potential to trigger diseases through contagion. An important aspect
in this context is that some time ago, mainstream virus-science left the road of direct observation of nature, and decided instead to go with so-called indirect «proof» with procedures such as antibody and PCR tests.”

“As early as 1916, the philosopher Ludwig Wittgenstein remarked in his diary: «Humanity has always searched for a science in which simplex sigillum veriist,» essentially meaning, «simplicity is a mark of truth.» And microbe theory fits exactly into this scheme: one disease, one agent as cause-and ultimately, one miracle pill or vaccine as a solution. But this oversimplification belies the goings-on in the «invisible» micro-world of cells and molecules. The living world-on both a small and large scale-is just much more complicated than medical science and the media lets on.”

“The cutting-edge biochemist, Howard Urnovitz, views SARS virus as human genes rearranged by pollution stress: «I do not see a virus. I see a unique and complete rearrangement of genomic elements. For example, when I look at what is believed to be the gene sequence coding for the spike protein of this coronavirus, I see a complicated gene rearrangement of a region of human chromosome. As I did in our studies of Gulf War Syndrome, when I see gene rearrangements like this, I immediately search for an associated catastrophic environmental event that could have caused such genomic rearrangement”

Fra Virus Mania:
“Medical teaching is entrenched in Pasteur and Koch’s picture of
the enemy, and has neglected to pursue the thought that the body’s cells could
produce a virus on its own accord, for instance as a reaction to stress factors. The
experts discovered this a long time ago, and speak of «endogenous viruses»-particles
that form inside the body by the cells themselves.
In this context, the research work of geneticist Barbara McClintock is a milestone. In her Nobel Prize paper from 1983, she reports that the genetic material of living beings can constantly alter, by being hit by «shocks.» These shocks can be toxins, but also other materials that produced stress in the test-tube. This in turn can lead to the formation of new genetic sequences, which were unverifiable (in vivo and in vitro) before.”

“Whether Nobel laureate or layperson, ask yourself this simple question: how is it
actually imaginable that killer viruses stalk the world bumping off one human cell
after another? Viruses – as opposed to bacteria and fungi – do not even have their
own metabolisms. By definition, viruses have completely given their metabolisms to
the cells. They are composed of only one nucleic acid strand (DNA or RNA ·genes)
and one protein capsule, so they are missing the decisive attributes of living beings.
Strictly speaking, they do not count among «microbes,» which comes from the Greek:
«micro» = small, «bios» = life. How can viruses, like bacteria, be in a position to
become active and aggressive of their own accord?”

“In this book, we will often stray from the well-traveled road, but at this point we
must point out that these methods lead to results which have little to no meaning.
Antibody tests just prove the existence of antibodies – and not the virus or particle
itself to which the antibody tests react. That means: as long as the virus or cell
particle (antigen) has not been precisely defined, no one can say what these antibody
tests are reacting to; they are thus «unspecific» in medical lingo.”

“In terms of genetics, these short pieces that are found using the PCR are not
complete and do not even satisfy the definition of a gene (of which humans are said
to have 20,000 to 25,000). In spite of this, it is suggested that «pasted together» they would depict the whole genetic material of a given virus. But nobody has presented a paper that shows an electron micrograph of this so-called reproduced virus.
Even if scientists assume that the particles discovered in the laboratory (antigens
and gene snippets) are the viruses mentioned, this is a long way from proving that
the viruses are the causes of the diseases in question, particularly when the patients
or animals who have been tested are not even sick, which, often enough is the case.”

“In industrialized countries, doctors very often treat patients not because they are sick (a large proportion have no physical complaints whatsoever), but rather because they have tested positive, they show only a certain number of helper cells or a slight so-called viral load has been measured via PCR.”

“Mainstream research has hardly managed to replicate what are termed coronaviruses (the so-called SARS virus is supposed to be one) «in conventional cell cultures,» as can be gleaned from the German Ärzte Zeitung. Also, according to orthodox virus theories, the suspected SARS virus should be present in every patient-and it should not be found in healthy individuals. But no studies confirm that this is the case. On the contrary, only «very few» SARS patients tested positive for the coronavirus. (…) Moreover, the presence of a coronavirus was said to be confirmed in only 329 of the 436 patients who fulfilled the case definitions for SARS, according to the Lancet study. This means that even if we assume proof of the existence of the virus that causes SARS symptoms, more than 100 patients were misdiagnosed, and for no reason, suffered fears of death, were exposed to restrictive quarantine measures and were given antiviral and antibiotic medications laden with side effects.”

“In contrast, the virus theory clears the way for profits in the multibillions, with
the sales of vaccines, PCR and antibody tests and antiviral medications. «In the
world of biomedical research, ties to industry are pervasive but mentioning the fact
is not,» writes William Booth in Science as early as 1988. Correspondingly, new
viruses are constantly invented-Ebola, SARS, avian flu, human papillomavirus
(HPV)-to keep the cash flowing.”

«The propaganda in favour of immunization has won the minds of the masses and has Influenced medical thinking, and government and international measures, relating to disease control. This has been at the expense of methods which might have raised the real level of well-being of the people at risk. This begins to impinge upon the realms of politics and economics, for the gains are great In this area, and the truth is not always palatable. The removal of the idea of protection, via immunization, and the implementation of expensive measures to improve nutrition in countries which can hardly make ends meet, would not be welcome themes for politicians, even if they could be made to listen to the facts.
-Leon Chaito 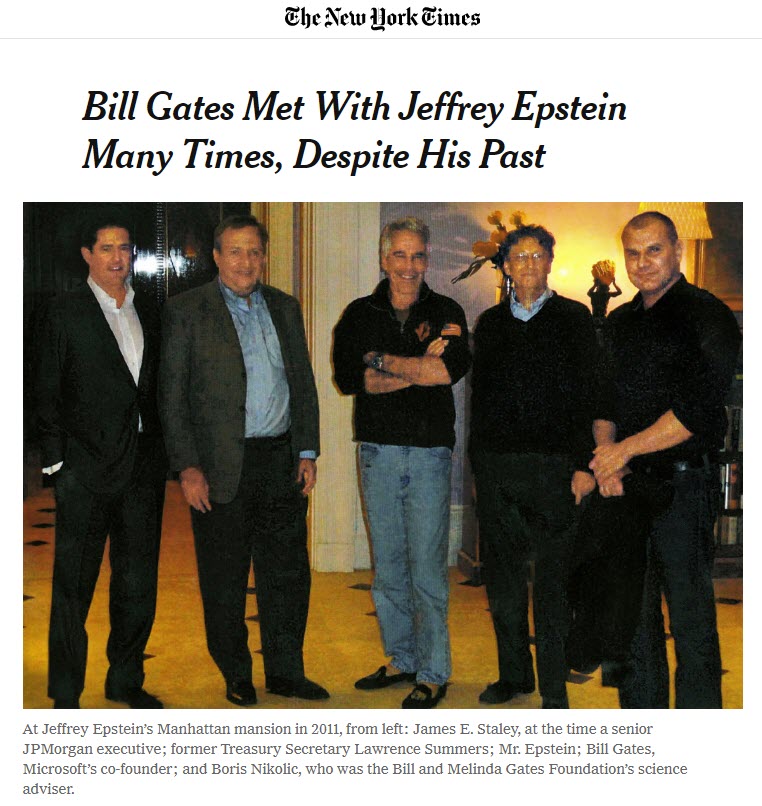