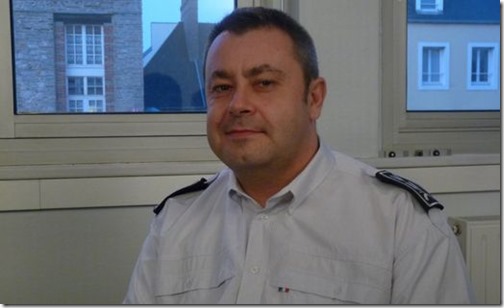 Commissioner Helric Fredou was part of the police investigation into the Charlie Hebdo terror attack.

Terror suspects Cherif and Said Kouachi who were shot dead by police on January 9, spent their high-school years in the Limoges region. No doubt this was the object of Fredou’s police investigation. Yet police and media reports state that on that same Wednesday he was involved in a meeting with the family of one of the Charlie Hebdo victims.

On Wednesday, as part of the Charlie Hebdo investigation, he dispatched a team of police officials under his jurisdiction. He is reported to have waited for the return of his team for a debriefing. Immediately following the police debriefing, he was involved in preparing his police report.

According to media reports, he committed suicide at around 1am on Thursday, within hours of the police debriefing. He used his own police weapon, a SIG-Sauer to «shoot himself in the head».

A French police commissioner has reportedly taken his own life after meeting the relatives of a victim murdered in the Charlie Hebdo massacre.

Helric Fredou, 45, shot himself in his office with his police-issue gun on Wednesday night in Limoges, a city in central France, according to France 3.

Commissioner Fredou began his career as a police office in 1997 and had been the deputy director of the regional police since 2012.

Colleagues told France 3 he was ‘depressed’ and overworked, and said he was single and had no children. 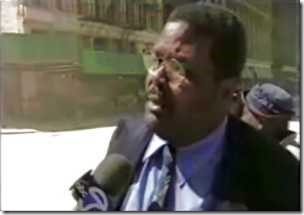 «When we arrived, the police were in the lobby… Me and Mr. Hess who I didn’t know at the time… [got] to the 23rd floor… we couldn’t get in. We had to go back down, then police and security took us to the freight elevators where they took us back up and we did get in.

Upon arriving into the OAM POC, we noticed that everybody was gone… only me and Mr. Hess were up there. After I called several individuals, one individual told me to leave and leave right away. Mr. Hess came running back in and said, «We’re the only ones up here, we gotta get out of here.»

He found the stairwell… we went down the stairs. When we reached the sixth floor… there was an explosion and the landing gave way. I was left there hanging and I had to climb back up and I had to walk back up to the 8th floor… it was dark and very very hot. I asked Mr. Hess to test the phones as I took a fire extinguisher and broke out the windows.

The firefighters came. I was going to come down on the fire hose, because I didn’t want to stay there because it was too hot; they came to the window and started yelling «do not do that, it won’t hold you». And then they ran away. I didn’t know what was going on. That’s when the first tower fell.

When they started running, the first tower started coming down. I had no way of knowing that. And then I saw them come back… with more concern on their faces. And then they ran away again. The second tower fell.

So as they turned and ran the second time, the guy said «We’ll be back for you». And they did come back, this time they came back with 10 firefighters. They kept asking «where are you? We don’t know where you are?» I said «I was on the North side of the building,» because when I was on the stairs I saw the North side. All this time, I’m hearing all kinds of explosions. I’m thinking that may it’s the police cars [and] buses that are on fire. I don’t see.. you know, but I’m still hearing all these explosions.

When they finally got to us, and they took us down to what they called the lobby, because when I asked them, I said «Where are we?» He said, «This was the lobby.» And I said, «You got to be kidding me.» Total ruins. Keep in mind, when I came in there, the lobby had nice escalators–it was a huge lobby. And for me to see what I saw was unbelievable.

And the firefighter who took us down kept saying, «Do not look down.» I kept saying, «Why?» We were stepping over people. And you know when you can feel when you are stepping over people. They took us out through a hole… in this wall, and that’s how they got us out… this huge police officer came over to me and he said, «You have to run». I said, «I can’t, my knees are swollen». [He said] «You’ll have to get on your knees and crawl then, because we have reports of more explosions.» That’s when I started crawling and I saw this guy fall behind me, and his comrades came to his aid and they dragged him to safety.»

«Upon arriving into the OEM EOC, we noticed that everybody was gone,» said Jennings. “I saw coffee that was on the desk, the smoke was still coming off the coffee, I saw half-eaten sandwiches,” he stated, adding that he and Hess were told to leave the building right away.

Jennings and Hess found a stairwell and descended the stairs.

“When we reached the 6th floor the landing that we were standing on gave way, there was an explosion and the landing gave way, I was left there hanging, I had to climb back up and walk back up to the 8th floor,” said Jennings.

“The explosion was beneath me….so when the explosion happened it blew us back….both buildings (the twin towers) were still standing,” he added.

“For me to see what I saw was unbelievable,” said Jennings.

A police officer then told Jennings, “you will have to run because we have reports of more explosions.”

“I’m just confused about one thing….why World Trade Center 7 went down in the first place – I’m very confused about that – I know what I heard I heard explosions,” said Jennings, adding that the explanation that the explosions were as a result of fuel oil tanks in the building did not add up.

“I’m an old boiler guy, if it was a fuel oil tank it would have been one side of the building,” he stated.

Who are the brain police?

Controlled Demolition? – «I did NOT have sex with that woman!»