The design of an instrument which was built for the detection of the lithium 671 nm line against the daytime sky continuum is described. The instrument, which covers the field-of-view by use of a servo-controlled scanning mirror, detects the lithium line by chopping the received beam and using phase sensitive detection. Data obtained on a daytime release of lithium between 90 and 130km altitude are presented, and the methods for the analysis of these data to obtain a wind profile of the upper atmosphere are described. The derived wind profile is similar to those observed at twilight and night.

Lithium is corrosive and requires special handling to avoid skin contact. Breathing lithium dust or lithium compounds (which are often alkaline) initially irritate the nose and throat, while higher exposure can cause a buildup of fluid in the lungs, leading to pulmonary edema. The metal itself is a handling hazard because of the caustic hydroxide produced when it is in contact with moisture. Lithium is safely stored in non-reactive compounds such as naphtha.

A: Well, it points out the nature of the threat. It turned out to be a false threat under the circumstances. But as we’ve learned in the intelligence community, we had something called — and we have James Woolsey here to perhaps even address this question about phantom moles. The mere fear that there is a mole within an agency can set off a chain reaction and a hunt for that particular mole which can paralyze the agency for weeks and months and years even, in a search. The same thing is true about just the false scare of a threat of using some kind of a chemical weapon or a biological one. There are some reports, for example, that some countries have been trying to construct something like an Ebola Virus, and that would be a very dangerous phenomenon, to say the least. Alvin Toeffler has written about this in terms of some scientists in their laboratories trying to devise certain types of pathogens that would be ethnic specific so that they could just eliminate certain ethnic groups and races; and others are designing some sort of engineering, some sort of insects that can destroy specific crops. Others are engaging even in an eco- type of terrorism whereby they can alter the climate, set off earthquakes, volcanoes remotely through the use of electromagnetic waves.

So there are plenty of ingenious minds out there that are at work finding ways in which they can wreak terror upon other nations. It’s real, and that’s the reason why we have to intensify our efforts, and that’s why this is so important. 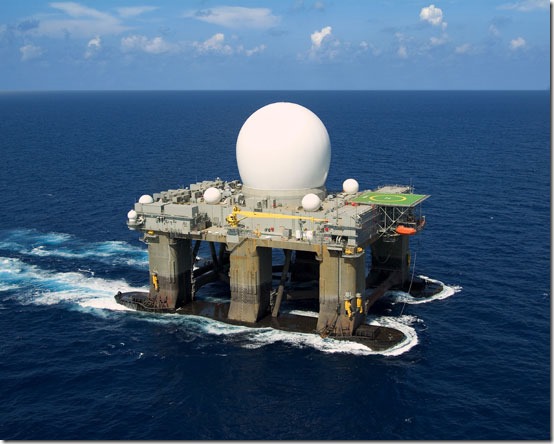 Published: March 9, 2011
SEOUL — The Ronald Reagan Carrier Strike Group is in the western Pacific on its way to participate in the huge military exercise now under way in and around South Korea.

Details on exactly what the carrier strike group will do as part of the Key Resolve/Foal Eagle exercise were not immediately available from U.S. Navy officials Wednesday.

“The carrier strike group will conduct exercises and port visits to enhance maritime partnerships and promote peace and stability in the region,” according to a Navy news release.

The carrier strike group left its homeport of San Diego on Feb. 2 and entered the 7th Fleet’s area of responsibility Wednesday.
Approximately 12,800 U.S. and 200,000 South Korean troops are participating in the annual exercise, which began Feb. 28.

Key Resolve, the computer-based portion of the exercise, is scheduled to end Thursday. Foal Eagle, the peninsula-wide training portion of the drill, will run until April 30. 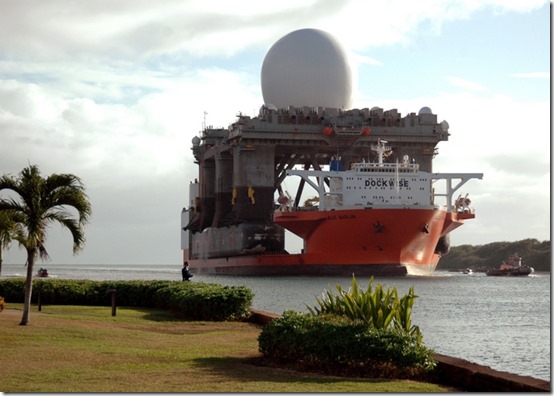 060109-N-3019M-011 Pearl Harbor, Hawaii (Jan. 9, 2006) – The heavy lift vessel MV Blue Marlin enters Pearl Harbor, Hawaii with the Sea Based X-Band Radar (SBX) aboard after completing a 15,000-mile journey from Corpus Christi, Texas. SBX is a combination of the world’s largest phased array X-band radar carried aboard a mobile, ocean-going semi-submersible oil platform. It will provide the nation with highly advanced ballistic missile detection and will be able to discriminate a hostile warhead from decoys and countermeasures. SBX will undergo minor modifications, post-transit maintenance and routine inspections in Pearl Harbor before completing its voyage to its homeport of Adak, Alaska in the Aleutian Islands. U.S. Navy photo by Journalist 2nd Class Ryan C. McGinley (RELEASED)