«We know because we observed it by imagery that at the moment of the shoot-down, we detected a launch from that area and our trajectory shows that it went to the aircraft.«

Global Research has from the outset provided extensive coverage of the downing of MH17. The evidence and analysis not only dispels Prime Minister Abbott’s accusations, it points unequivocally to a false flag attack instigated by the US-NATO supported Kiev regime, as well as a coverup by the Australian and Dutch investigators.

Lest we forget, the downing of MH17 was used as a pretext by Washington to impose economic sanctions on the Russian Federation.

According to him, the left side of the Boeing’s cabin was damaged which resulted in the deaths of the crew members.

Rutskoy said that fact disproves the version that the aircraft was shot down from an anti-aircraft missile system because it does not hit a specific part of the aircraft’s body.

He also underscored that a Su-25, which was reported near the Malaysian airliner by an unidentified Ukrainian serviceman, is capable of reaching the altitude at which the Boeing was flying that day.

«In Afghanistan we flew on the Su-25. When we had to hit a target, we took off and reached an altitude of 7,000-10,000 meters. Then we turned off one of the plane’s engines and approached the target with one engine on. When we were close, we started the other engine and hit the target, ascended again and returned with one engine on,» Rutskoy said.

The Russian Defense Ministry said it detected a Ukrainian military aircraft near the Boeing, at a distance of three-four kilometers. In July 2015, the Russian aviation authorities recommended to examine a version that the Malaysian aircraft might have been downed with an air-to-air missile.

The Shin Bet, known in Hebrew by its acronym Shabak (Sherut ha’Bitachon ha’Klali or General Security Service), is Israel’s internal security service, and currently headed by Yuval Diskin.
The Shin Bet is one of three principal organizations of Israel’s intelligence community, along with Military Intelligence (Amman) and the Mossad, which is responsible for intelligence abroad.
According to its 2002 statute, the organization “serves the state of Israel and protects it from threats of terror, espionage, sabotage, subversion, and the exposure of state secrets.”
The Shin Bet was founded in 1948 with the declaration of Israel’s independence, initially as a branch of the IDF. Responsibility for Shin Bet activity was later transferred from the IDF to the office of the prime minister.

ICTS International is an Israeli firm based in the Netherlands that develops products and provides consulting and personnel services in the field of aviation and general security. It was established in 1982, by former members of the Shin Bet, Israel’s internal security agency, and El Al airline security agents.

It was with sorrow and horror that the employees of Amsterdam Airport Schiphol learned of the crashing of the Malaysia Airlines aircraft on 17 July. In this difficult time, we feel deeply connected with the family members and relatives of the passengers and crew of the aircraft. We wish them every strength in this sorrowful time.
Jos Nijhuis
President of Schiphol Group

ICTS International and its two subsidiaries, ISEC and PI, provide security services to the Schipol airport, United Airlines and US Airways. The firm’s security system came under scrutiny and as part of the international investigation into how Umar Farouk Abdulmutallab was able to board Northwest Airlines Flight 253 with explosive materials.
ICTS’ subsidiary, Huntleigh, shared security duties at Boston’s Logan Airport on September 11, 2001, where two of the four planes hijacked for use in the attacks originated. According to Logan Airpor

Northwest Airlines Flight 253 was an international passenger flight from Amsterdam Airport Schiphol in Haarlemmermeer, Netherlands, to Detroit Metropolitan Wayne County Airport in Romulus, Michigan, United States. The flight was the target of a failed al-Qaeda bombing attempt on Christmas Day, December 25, 2009, in which a passenger tried to set off plastic explosives sewn to his underwear. There were 290 people on board the aircraft—an Airbus A330-323E operated by Northwest Airlines, which had merged with Delta Air Lines the year before. Had the attempt succeeded, it would have surpassed American Airlines Flight 191 as the deadliest aviation occurrence on U.S. soil and tied Iran Air Flight 655 as the seventh-deadliest of all time. The incident was also the second in 2009 involving an Airbus A330, after Air France Flight 447.
The convicted bomber in the «Christmas Day bombing attempt» was 23-year-old Umar Farouk Abdulmutallab, a Nigerian who had concealed plastic explosives in his underwear but failed to detonate them properly.

Pre-boarding event
Kurt and Lori Haskell, an American couple, said that while waiting to board Flight 253 at Schiphol Airport, they saw a «poor-looking african-american teenager around 16 or 17,» who Kurt Haskell claims was Abdulmutallab, with a second man, who was «sharp-dressed», possibly of Indian descent, around 50 years old, and who spoke «in an American accent similar to my own.»[11][12]
According to Lori Haskell, the second man told the ticket agent: «We need to get this man on the plane. He doesn’t have a passport.» The ticket agent said nobody was allowed to board without a passport. The well-dressed man replied: «We do this all the time; he’s from Sudan.»[13][14] Lori Haskell said the two men were directed down a corridor, to talk to a manager. «We never saw him again until he tried to blow up our plane,» Lori Haskell said of Abdulmutallab.[12]
Only U.S. citizens are permitted to board international flights to the U.S. without passports, and even then only if the airline confirms their identity and citizenship, said a spokesperson for U.S. Customs and Border Protection (CBP).[15] A CBP official and spokesman confirmed there were not any Sudanese refugees on the plane.[15] The Dutch counter-terror agency said that Abdulmutallab presented a valid Nigerian passport and U.S. entry visa when he boarded Flight 253.[16] After reviewing more than 200 hours of security camera recordings, it did not find any indication that he had accomplices at the airport or that he acted suspiciously there.[17]
Haskell suggested authorities should, «Put the video out there to prove I’m wrong.»[18] Federal agents later said they were trying to identify and find the well-dressed man. U.S. authorities had initially discounted the passenger accounts, but agents later said there was a growing belief that the man played a role in ensuring Abdulmutallab «did not get cold feet».

The Colossal Deceit Known As The Underwear Bomber Case
by Kurt Haskell
With jury selection set to begin in the Underwear Bomber Trial set to begin tomorrow, I’ve spent the evening reminiscing about Christmas Day 2009 and the 21 months since. The Underwear Bomber attack has fundamentally changed my life. Not in the way most would think, but it has destroyed any faith I’ve had in the U.S. Government, the media and this country as a whole. To say that I believe the government is corrupt and the media is complicit doesn’t fully explain my beliefs. Not only have I come to those conclusions, but I’ve witnessed that an ordinary person who sees something important can be silenced despite his efforts to spread the truth. Such is the Underwear Bomber case. I can do nothing but laugh at the TSA’s new policy of «If you see something say something.» That is exactly what I did, and not only did the U.S. Government not want to hear what I had to say, but it actively lied about it, attempted to get me to change my story, and hid, by withholding (secret government) evidence or putting a protective order on the evidence and nearly everything that would support my eyewitness account. 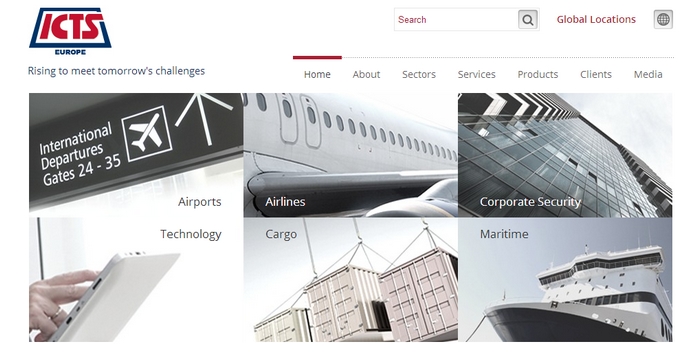 Psychological Operations Interview with the the former Deputy Commander of NATO’s Information Campaign in Bosnia, Infocon Magazine Issue One, October 2003

Report of the Defense Science Board Task Force on the Creation and Dissemination of All Forms of Information in Support of Psychological Operations (PSYOP) in Time of Military Conflict [ 900k], May 2000

Civil Affairs – The activities of a commander that establish, maintain, influence, or exploit relations between military forces and civil authorities, both governmental and nongovernmental, and the civilian populace in a friendly, neutral, or hostile area of operations in order to facilitate military operations and consolidate operational objectives. Civil affairs may include performance by military forces of activities and functions normally the responsibility of local government. These activities may occur prior to, during, or subsequent to other military actions. They may also occur, if directed, in the absence of other military operations. (Joint Pub 1-02)

Overt Peacetime Psychological Operations Programs – Those programs developed by combatant commands, in coordination with the chiefs of US diplomatic missions, that plan, support, and provide for the conduct, during military operations other than war, of psychological operations in support of US regional objectives, policies, interests, and theater military missions. Also called OP3. (Approved for inclusion in next edition of Joint Pub 1-02)

Propaganda – Any form of communication in support of national objectives designed to influence the opinions, emotions, attitudes, or behavior of any group in order to benefit the sponsor, either directly or indirectly. (Joint Pub 1-02)

Psychological Operations – Planned operations to convey selected information and indicators to foreign audiences to influence their emotions, motives, objective reasoning, and ultimately the behavior of foreign governments, organizations, groups, and individuals. The purpose of psychological operations is to induce or reinforce foreign attitudes and behavior favorable to the originator’s objectives. Also called PSYOP. (Joint Pub 1-02)